A new translation from the Greek by Anthony Weir 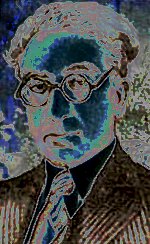 The simultaneous recording of Cavafy reading this poem cannot be heard with a Firefox browser,
but can be heard independently by clicking here.

What are we all waiting for, packed into the Forum?

~ The Barbarians are due today.

Why such inanition in the Senate ?
Why do the Senators sit and do nothing ?

Why did our Emperor rise so early,
and sit enthroned and crowned
at the capital's main checkpoint ?

~ Because the Barbarians are expected today.
And the Emperor is waiting to welcome their Führer.
He has had a scroll inscribed to present to them
with titles and encomiums.

Why have our two Consuls and the Prætors today come out
in red, embroidered robes -
why are they bedizened with jewel-studded bracelets,
and rings magnificent with sparkling emeralds -
why are they carrying costly canes today,
exquisitely inlaid with silver and with gold ?

~ Because the Barbarians will be here today,
and such things impress Barbarians.

Why don't our Distinguished Orators come as ever
to deliver their speeches and drive home their points ?

~ Because the Barbarians are to arrive today;
and they get bored with orations and rhetoric.

Why now this restlessness,
confusion ? (How grim their faces have become!).
Why are the streets and plazas emptying so rapidly,
the whole crowd heading home in dreadful apprehension ?

~ Because it's night now - and no Barbarians.
A few folk have come back from the Frontier.
They say there are Barbarians no longer.

So what will we do now without Barbarians ?
They would have been a sort of solution.

A YEATSIAN GLOSS ON CAVAFY'S POEM 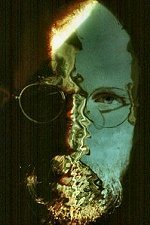 What are we all waiting for,
crammed into the Square ?
Miracle ? Bird ? Thunderbolt ?
A fabulous son-et-lumière ? Or just
the President's drunken soldiery ?

Why is nobody doing anything ?
Why is it so quiet,
so breathless ?

The Golden Bird is due today,
the superhuman Hades-cockerel,
a glowing glory-bird of man-created metal
to awe the Terrorists.

The Terrorists are due today,
in mire and fury, flames and blood,
flames begat by flesh
upon the marble pavements,
their ancient mummy-cloths
unwound in mire and blood,
and screaming agony of trance.

The Terrorists.
The checkpoints.
The soldiers prance.

Mummy-cloths unwind
and no trains run...

Why now this restlessness,
suddenly all this noise, confusion ?
How grim the faces have become !
Why are the plazas emptying so rapidly,
people rushing home in awful apprehension -
a complicated, dreadful dance ?

Along the winding, nervous paths
the bloody checkpoints.

Before me float the images,
of men or shadows,
misery-begotten ghosts
and golden handiwork of sound and light,
the zombies and the instruments of blood and mire...

The checkpoints.
The Terrorists.

It's midnight. Midnight in Trafalgar Square,
the moon emotionless.

Where are the Terrorists ?
A Big Man has come back from the Frontier,
He says there are too few checkpoints.
He says our vigilance is not enough,
even though those terrorists are a threat no longer. 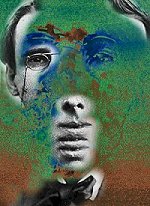 The unpurged images of day recede.
The Emperor's drunken soldiery are abed;
Night resonance recedes, night walkers' song
After great cathedral gong;
A starlit or a moonlit dome disdains
All that man is,
All mere complexities,
The fury and the mire of human veins.

Before me floats an image, man or shade,
Shade more than man, more image than a shade;
For Hades' bobbin bound in mummy-cloth
May unwind the winding path;
A mouth that has no moisture and no breath
Breathless mouths may summon;
I hail the superhuman;
I call it death-in-life and life-in-death.

Miracle, bird or golden handiwork,
More miracle than bird or handiwork,
Planted on the star-lit golden bough,
Can like the cocks of Hades crow,
Or, by the moon embittered, scorn aloud
In glory of changeless metal
Common bird or petal
And all complexities of mire or blood.

At midnight on the Emperor's pavement flit
Flames that no faggot feeds, nor steel has lit,
Nor storm disturbs, flames begotten of flame,
Where blood-begotten spirits come
And all complexities of fury leave,
Dying into a dance,
An agony of trance,
An agony of flame that cannot singe a sleeve.

Astraddle on the dolphin's mire and blood,
Spirit after Spirit! The smithies break the flood.
The golden smithies of the Emperor!
Marbles of the dancing floor
Break bitter furies of complexity,
Those images that yet
Fresh images beget,
That dolphin-torn, that gong-tormented sea. 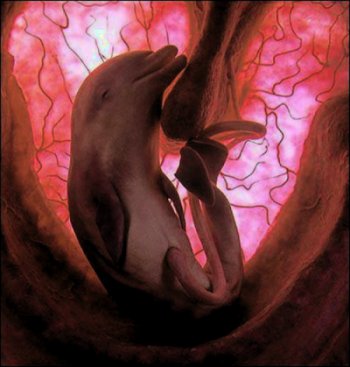